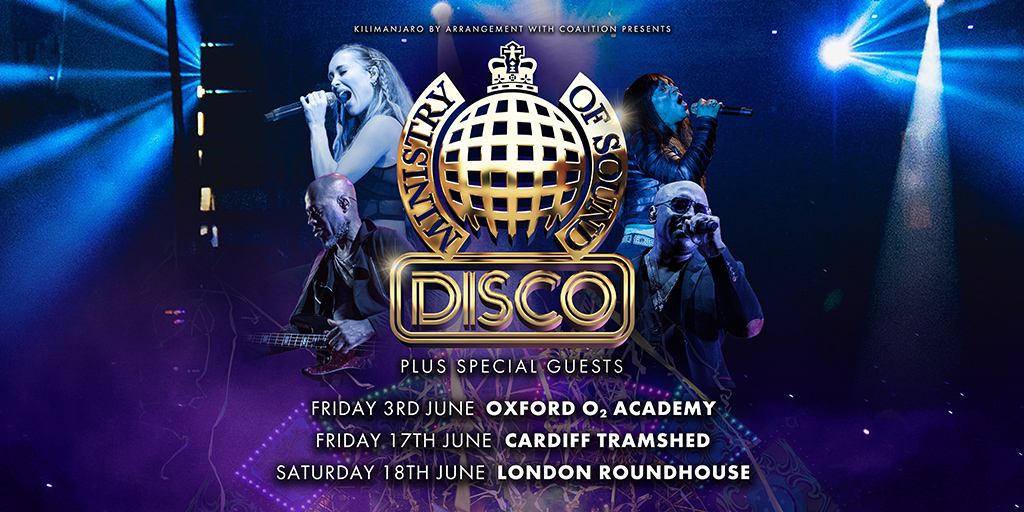 Kilimanjaro in association with Coalition present Ministry of Sound Disco, a brand-new live show celebrating the very best in disco & house, performed by the sensational 15-piece Ministry of Sound Soul & Funk Band with some surprise guests yet to be announced (London only).

Expect to dance the night away to some of the greatest music ever recorded including Aint' Nobody, Music Sounds Better With You, Le Freak, I Feel Love, One More Time, Boogie Wonderland and Don't Stop 'Til You Get Enough.