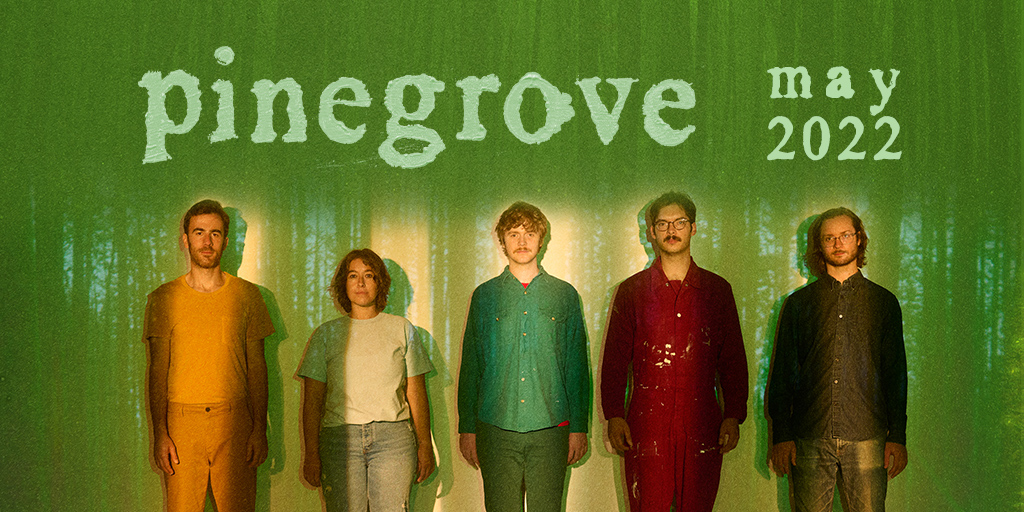 Evan Stephens Hall is big on multiple meanings. The leader of Pinegrove titled their sixth album 11:11 because of its layered significance: the numerals gesturing to a row of trees, or striped corduroy; the cornfields of upstate New York, or people shoulder-to-shoulder. But it’s also a special time, a “wink from the universe,” as Hall says, for those who witness it on the clock to wish for something brighter.

The album sees the band build on their poetic blend of indie rock, folk, and alt-country, along with Hall’s earnest, open-hearted vocals and his penchant for writing emotionally direct, literate, introspective lyrics. Here, political and socially conscious themes permeate, and as he evolves as an artist, his resolve has only grown stronger – and more purposeful. “I’m encouraged that so many people in my generation are now on board for a change that centers people over profit. And most urgently, I think, in order to durably solve the climate crisis we've got to address capitalism.” The band's latest effort weaves these critiques through an accessible and sensitive work, which manages to be pointed without ever being didactic.