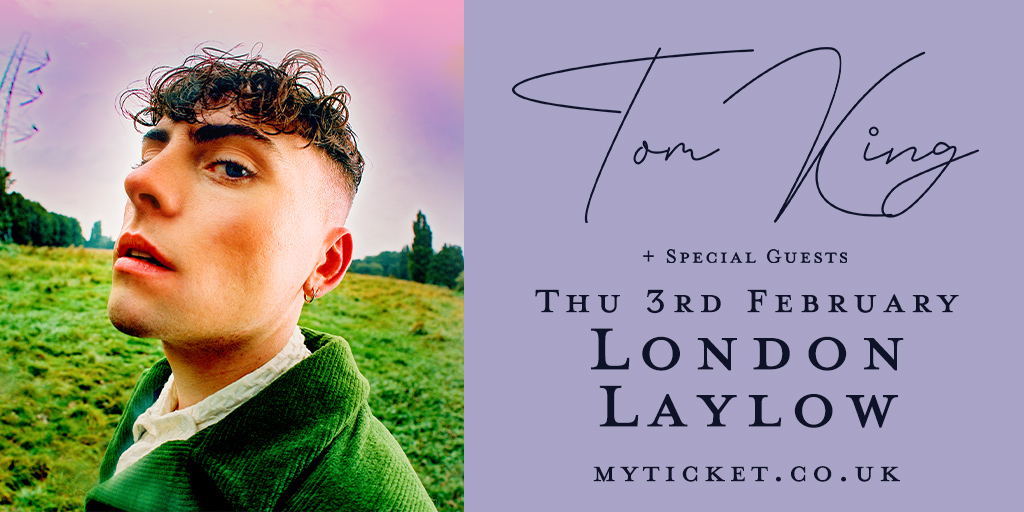 Tom King may only be 19-years-old, but with his sky-scraping, soul-drenched voice paired with heart-bursting anthems to lost love, the Gen Z-er already looks set to be Britain’s next rising talent.

His first low-key releases – billed by Wonderland as “changing the face of Sad-Pop” – channel the lyrical sensitivity of Adele and Sam Smith, with a dash of Florence Welsh’s theatricality, while retaining a healthy amount of teenage angst. His innate ability to connect with a wide audience was there from the start, with his independently released debut, “Why Are You Here?”, quickly racking up over a quarter of a million plays on Spotify, and his acoustic-leaning follow-up, “Be That For Me”, currently at half a million.

Then came lockdown, and Tom now had the time to sit with and process some personal heartache in the form of his first break-up, which led him to pour his feelings into his music. The result is the forthcoming “Confessions of a Lonely Heart” EP – the first since a management deal with ATC (Biig Piig, Alma, John Newman, Nick Cave) and a development deal with ADA/Warners – led by the retro-soul-inspired first single Honest. “I felt like it was a punchy, powerful statement,” Tom says of Honest’s horn-laced strut and brutally sharp lyrics.

In 2014, when he was just 13, he won BBC Radio 2’s Chorister of the Year Award, before leaving the choir when his voice started to break. As well as strengthening his vocal cords, the choir also taught him deeprooted musicality. “I owe most of my musical knowledge to the choir,” he says proudly. Aged 14 Tom wrote his first song, “A piano ballad about heartbreak, obviously. All hypothetical of course,” he laughs. “I didn't know about love at that point. I recorded it onto my dad's 4-track recorder. I even made a music video.”

Like his musical heroes – Adele, Florence, Sam Smith – Tom has an ability to transform stark sadness into something far more powerful and rewarding. Emotional clarity courses through Tom’s voice, and his debut EP channels his heartache and sends it skywards, working through his life experiences with a perspective well beyond his 19 years.