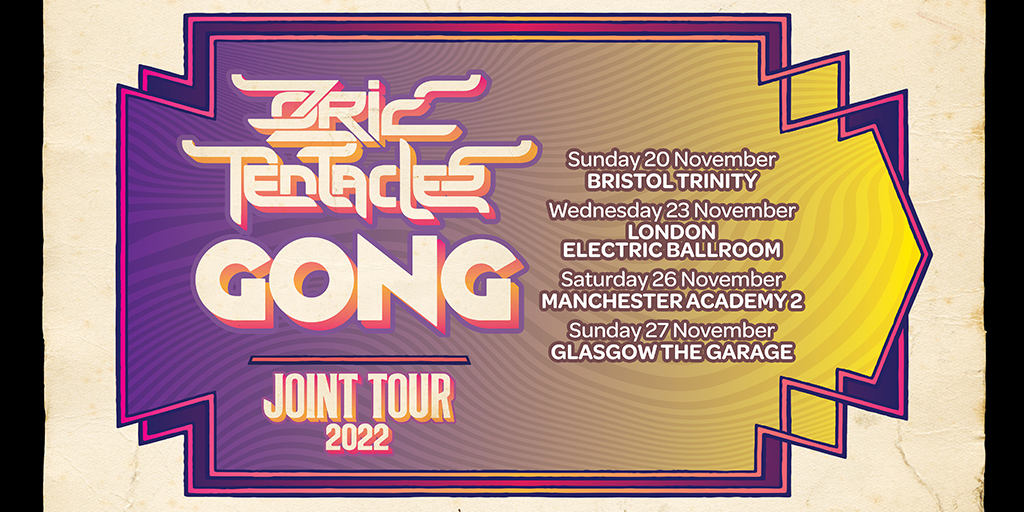 Ozric Tentacles are regarded as one of the most influential bands to emerge from the UK’s festival scene, formed during the solstice at Stonehenge Free Festival 1983 going on to become psychedelic staples at Glastonbury and other festivals. The creative vision of multi-instrumentalist Ed Wynne, the Ozrics’ uniquely trippy soundscapes connect fans of progressive rock, psychedelia and dance music culture. After a prolonged hiatus the band released the 2020 album Space For The Earth (K-Scope).

Ed Wynne is particularly looking forward to the tour: “I recently toured with Silas Wynne as an Electronic version of the band, but the opportunity to put together a full live again band after such a long hiatus is both daunting and exhilarating. One thing’s for sure though, this tour will be an amazing experience to share with all our fans.”

Says Gong’s Kavus Torabi: “Gong and Ozric Tentacles have a long history together, but this is our first fully fledged, psychedelic double-dip, joint headline tour. Ever since The Ed Wynne Band played with Gong on our 2019 tour, we all agreed what a wonderful partnership this would make. I'm so happy that this will see fruition in November 2022. You can expect an outpouring of radiance and joy from both bands, it can't come around soon enough.”