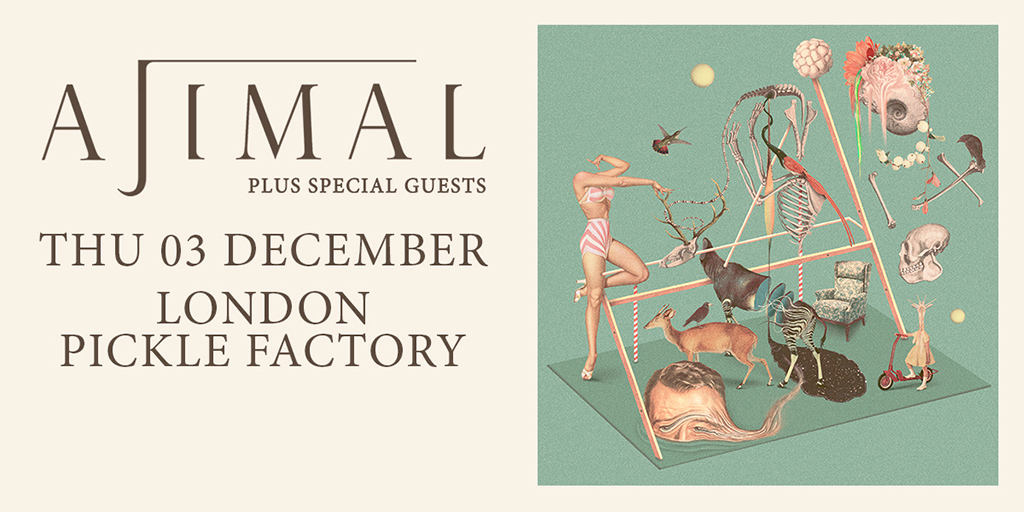 Newcastle-born, London-based multi-instrumentalist AJIMAL will play London's Pickle Factory in December following the release of his upcoming album 'AS IT GROWS DARK / LIGHT' - out 26th June on Wow & Flutter Records.

AJIMAL serves as the creative outlet for Fran O’Hanlon, a doctor by day, who acquired the project’s name in the aftermath of being caught up in Haiti’s 2010 earthquake crisis. Whilst working as a field medic as part of his medical degree, he found himself in the presence of an infamous guest preacher and former voodoo priest, from whom he would later derive his moniker. Following this experience, O’Hanlon went on to release his 2015 AJIMAL debut with CHIILDHOOD, recorded and released as he was qualifying to be a doctor.