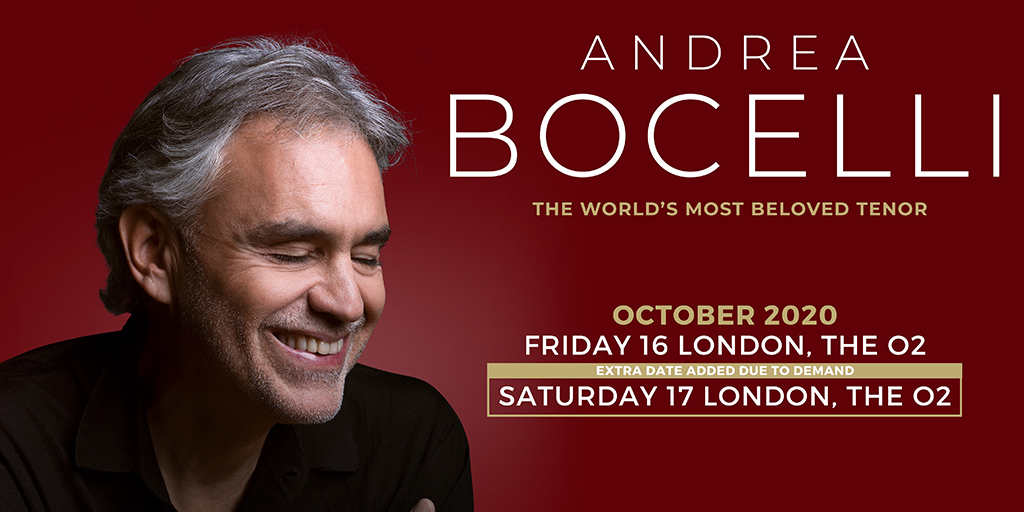 Reportedly the biggest selling solo classical artist of all time with over 80 million worldwide album sales, Andrea Bocelli has performed for four US Presidents, two Popes and many Royal families across the world, as well as at high-profile ceremonies for the Olympic Games and the World Cup. The Maestro has countless music awards to his name over past 25 years in music and even boasts a Star on the Hollywood Walk of Fame, which he received in 2010 for his contribution to live theatre. His current collaboration with Ed Sheeran on “Perfect” is not only bringing the Maestro’s voice to a different audience but is in the running for Christmas No.1s in multiple countries.