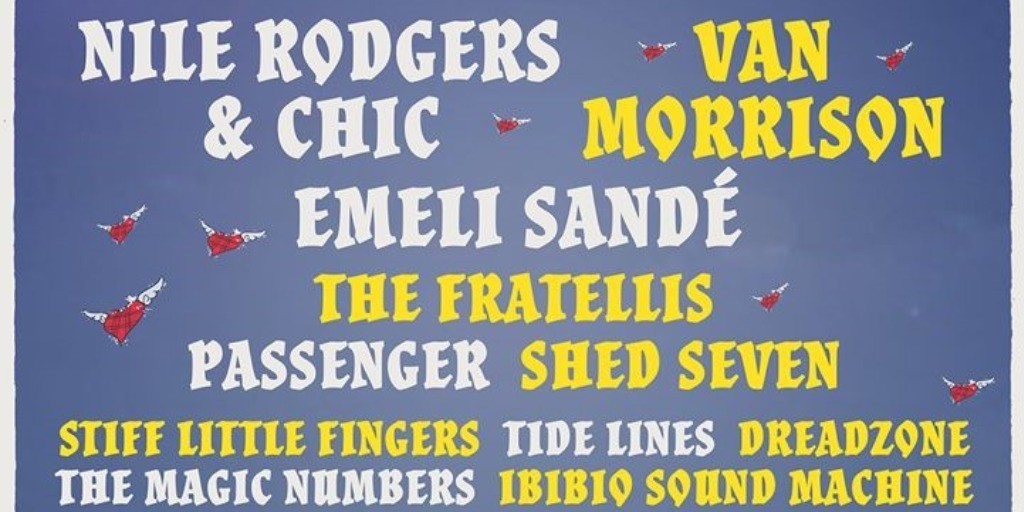 Following on from the cancellation of the Belladrum Tartan Heart Festival for two consecutive years in 2020 & 2021, ‘Bella’ can confirm today that it has managed to secure the majority of the previously announced line-up including all three headliners, legendary multi-Grammy Award winning composer, producer, arranger and guitarist NILE RODGERS & CHIC, another truly legendary figure in the music industry, the iconic singer-songwriter VAN MORRISON, and the Scottish artist with one of the most recognisable voices in pop, soul and R&B, EMELI SANDE.

Belladrum Tartan Heart Festival takes place in the beautiful Highland surroundings of Belladrum Estate, near Beauly in Inverness-shire. The festival has built a reputation for its eclectic line-ups, its offbeat non-musical entertainments and its all-ages approach. The festival won a VisitScotland Thistle Award in2009 and is a past winner of the Grassroots Festival Award at the UK Festival Awards, the festival industry’s ‘Oscars’ .