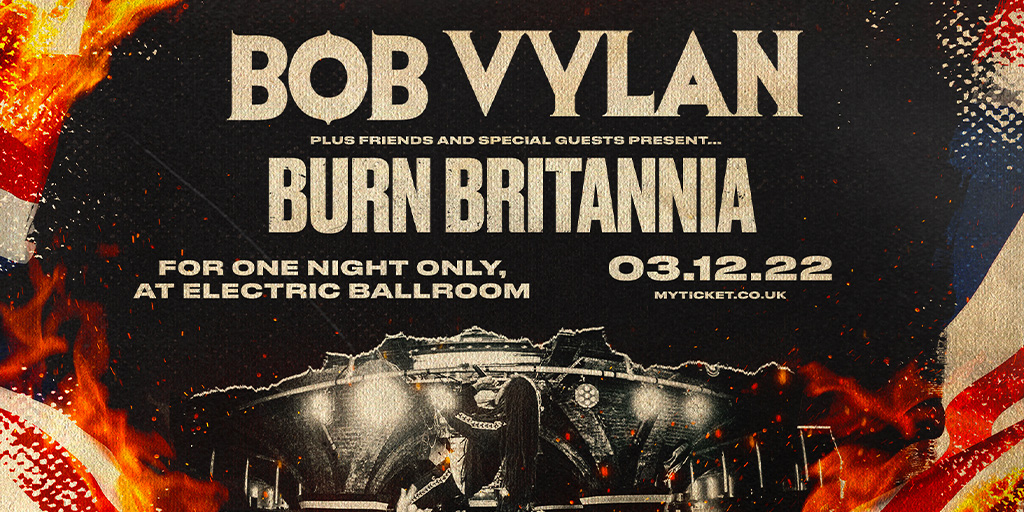 Bobby Vylan (pronounced Villain) is a British born musician and one half of the experimental-punk band Bob Vylan alongside his bandmate Bobbie.

As a band the pair have toured the UK, Europe and the east coast of America and independently released music that has been critically praised by Rolling Stone, Kerrang and NME amongst others.

Having been a band for around 4 years, the Bob Vylan sound is ever evolving and crosses genres and sonic dimensions. They incorporate these multiple styles in their music in an attempt to bridge genres and subcultures together. Their unique style has found them embraced by rock crowds and rap crowds alike and their independent nature has seen them start their own record label by the name of Ghost Theatre to release their music free from the restraints of major label politics, a route that led them to number 18 on the UK album charts, 4 in the physical charts and number 3 on the independent charts, with their most recent album Bob Vylan Presents The Price Of Life. The first time in history that an album entirely produced, recorded and mixed by the band and released on the bands own label has reached the top 20.

Live show wise, last year saw their UK headline tour in the summer of 2021 sell out and they went on to play at Reading and Leeds and ALT LDN festivals, be the main support to Biffy Clyro through October/November and supported The Offspring in arenas across the UK. This year they they will embark on another UK headline tour in May after a sold out Ireland tour earlier the year. Festival season sees them playing Glastonbury, Full force, 2000 Trees, Jera on Air,Rebellion Festival, Boomtown, Pukkelpop and Riot Fest in the USA as well as many more.