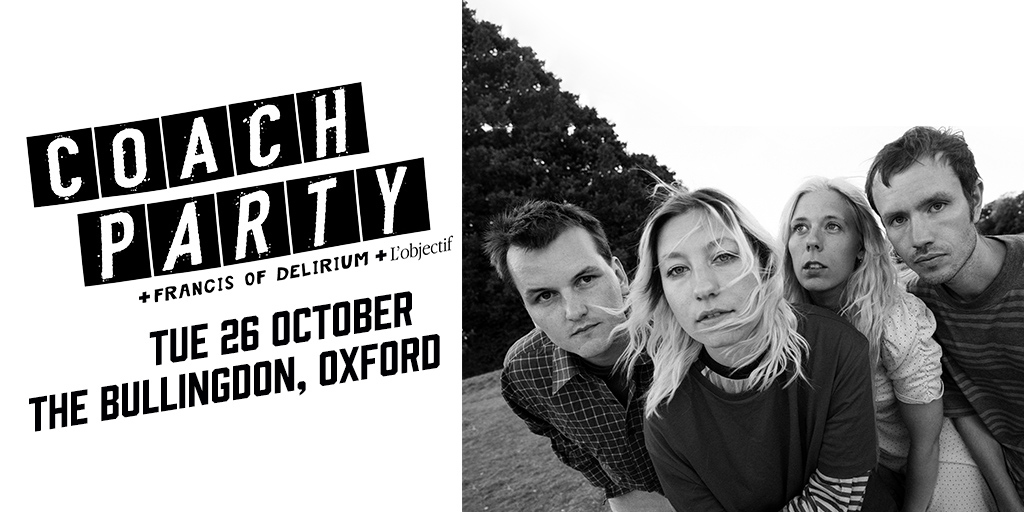 Emerging Isle of Wight four-piece Coach Party will play a headline show at The Bullingdon, Oxford this October following the release of their brand new EP, After Party - out 20th April on Chess Club Records.

The new EP will feature latest single ‘Everybody Hates Me’ and previous single ‘Can’t Talk, Won’t’, which received rapturous support from the likes of BBC Radio 6 Music’s Steve Lamacq, Jack Saunders (who crowned the track a Next Wave) on BBC Radio 1, and Radio X’s John Kennedy.

The band rounded off 2020 with Ones To Watch tips from Dork, The Daily Star, and Radio X - with continuous support from tastemakers The FADER, NME, The Line Of Best Fit, DIY, CLASH, Music Week, Fred Perry as well as national newspapers such as the i and The Observer - where the band were crowned One to watch in May.