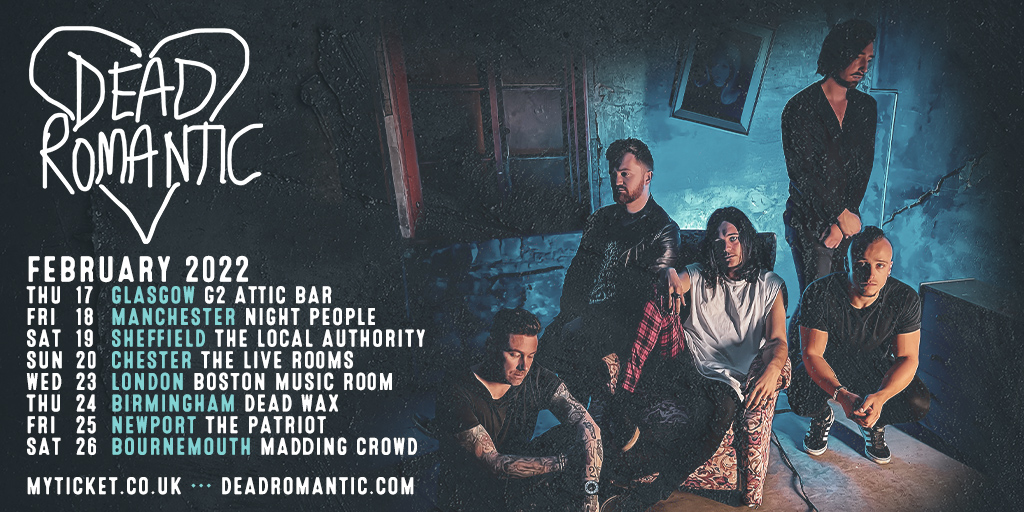 With their intoxicating blend of rock, metal and pop hooks, South Yorkshire based five-piece Dead Romantic exploded onto the scene in 2021 with debut single ‘Yesterday’ which amassed over 1.5 million YouTube views and over a quarter of a million streams on Spotify. Their searing second and third singles ‘Kissed With a Lie’ and ‘Fight Me’ continued the trend to generate over 4.5 million views and half a million Spotify streams combined. Having already hit top 10 on Kerrang! TV and top 20 on Kerrang! Radio, Dead Romantic are creating quite a buzz in the rock/metal scene and have swiftly become one of the most exciting new bands coming out of the UK.

Glasgow: Attic at The Garage