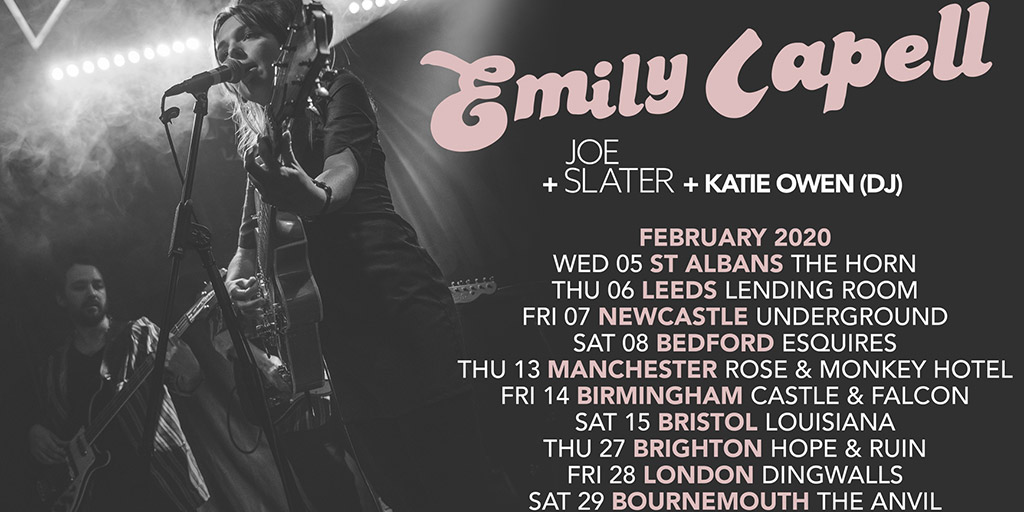 Emily Capell is a singer/songwriter from North West London with a story or ten to share. Raised on a diet of Johnny Cash, The Clash, The Smiths, Mod culture and the top 40, Emily's approach to song writing is eclectic. Featuring a mixture of blues, indie, pop and punk. Her musical stylings draw from a pool deep and wide and is affectionately described as sounding like the adopted daughter of Jamie T and Billy Bragg, and a distant relative of The Clash and The Libertines.

Emily's new album Combat Frock was released on 5th October 2019. It is an eclectic mix of Ska, Reggae, Punk, with a drop of a Johnny Cash vibe too. A 10 date UK tour will happen in Feb 2020.