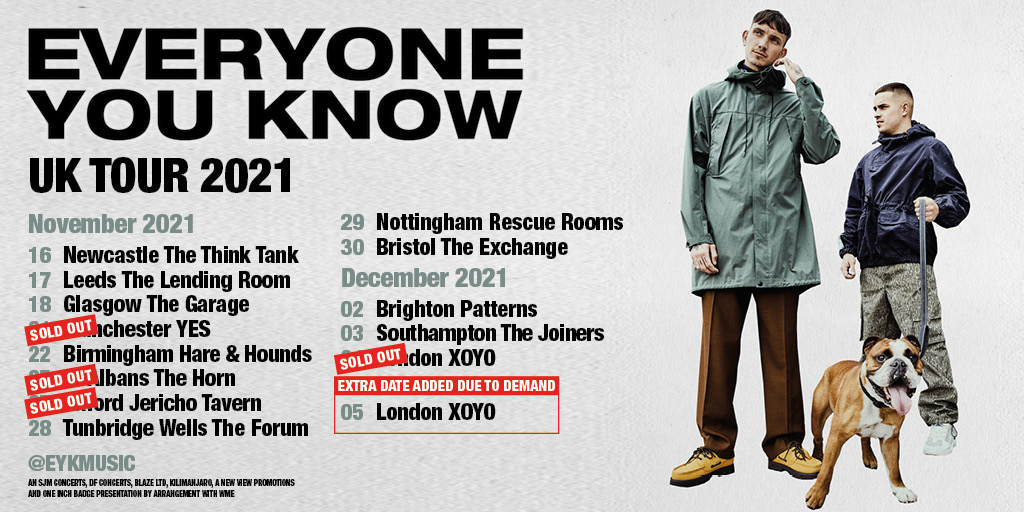 Everyone You Know are Rhys Kirkby-Cox and Harvey Kirkby, brothers from the satellite towns of London taking their influences from the east-coast hip-hop, punk and 90’s UK rave and jungle played in the family household.

"Reckless abandon, stupid decisions and hard-hitting reality sit heavy in the air on Everyone You Know's latest tale of young adulthood [The Drive] - and it's nothing short of brilliant." - The Line Of Best Fit

“Everyday poets, musical adventurers… they sound like nine at night and seven in the morning.” - Steve Lamacq (BBC Radio 6 Music)

“Six tinnies from the local then down the Rave… it’s making that connection with people’s lives.” - Jack Saunders (BBC Radio One)

“Everyone You Know is finest pop [sic] that nails down some of the most urgent issues of Generation Z.” - NBHAP