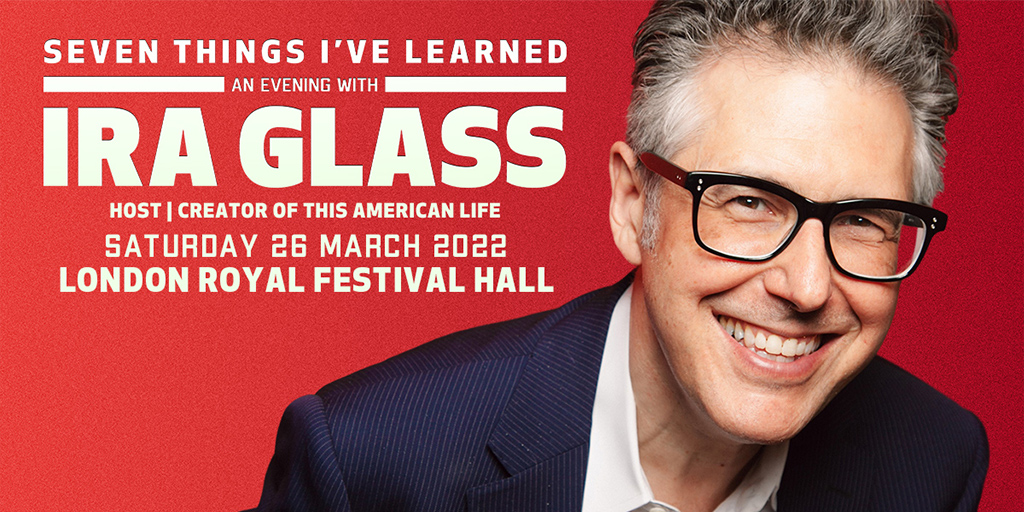 “Mr. Glass is a journalist but also a storyteller who filters his interviews and impressions through a distinctive literary imagination, an eccentric intelligence, and a sympathetic heart.” - The New York Times

Award-winning journalist and radio presenter Ira Glass, storyteller extraordinaire, has announced two UK dates for 2020. The celebrated radio presenter will be at London’s Royal Festival Hall on Saturday 16th May. Using audio clips, music, and video, he delivers a uniquely entertaining talk, sharing lessons from his life and career. What inspires him to create? What drives his passion? How have failures and successes informed his decisions? Ira Glass will mix stories live onstage and help his audience better follow the creative process of one of the world’s foremost storytellers.

“We live in a world where joy and empathy and pleasure are all around us, there for the noticing.” - Ira Glass

As the creator, producer and host of This American Life, Glass is listened to by over 2.2 million people on more than 500 public radio stations, with another two and a half million downloading each podcast. Under his editorial direction, the show has won the highest honors for broadcasting and journalistic excellence, including six Peabody awards. In 1999, the American Journalism Review declared that This American Life was “in the vanguard of a journalistic revolution” and has inspired a wave of broadcast journalism, including Radiolab, Invisibilia, StartUp, Reply All, Love + Radio and Heavyweight which build on the style of Glass and his staff. 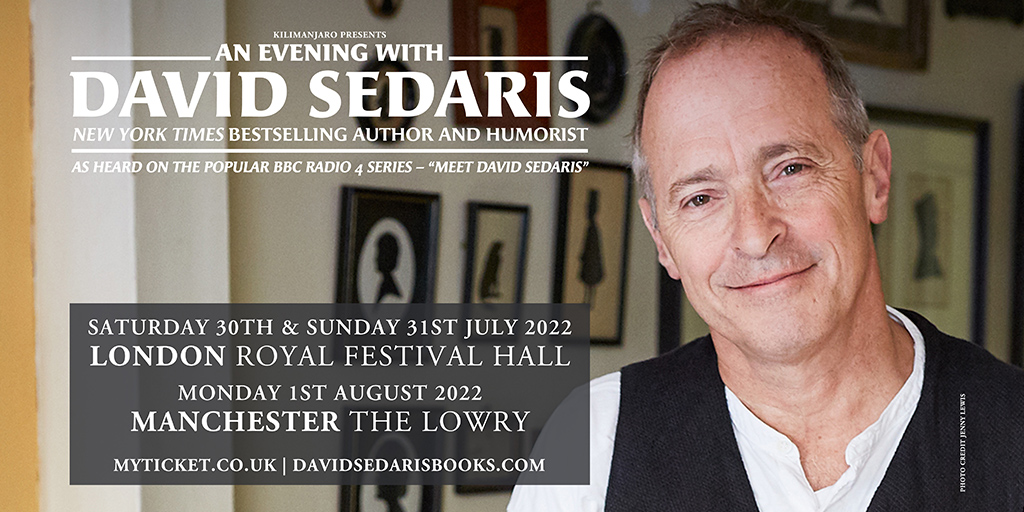 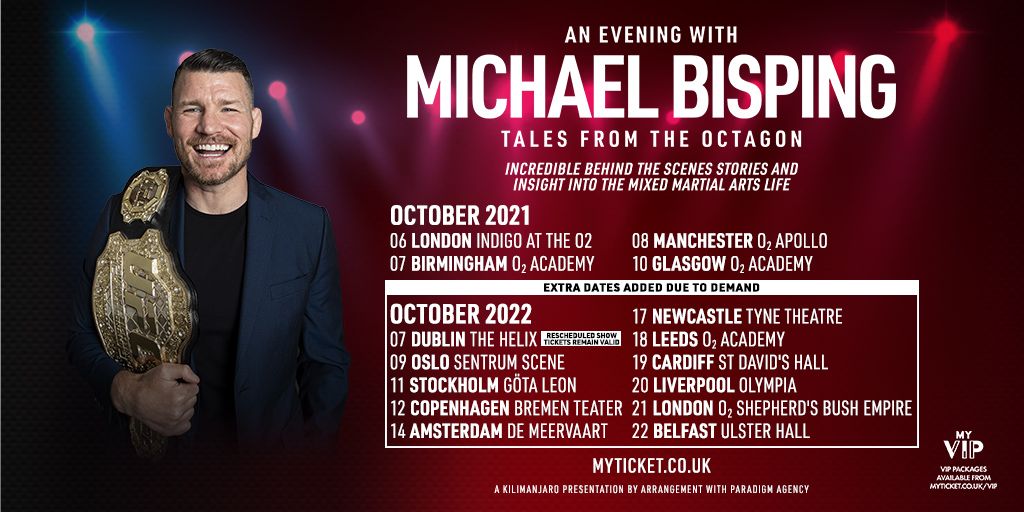 An Evening With Michael Bisping: Tales From The Octagon 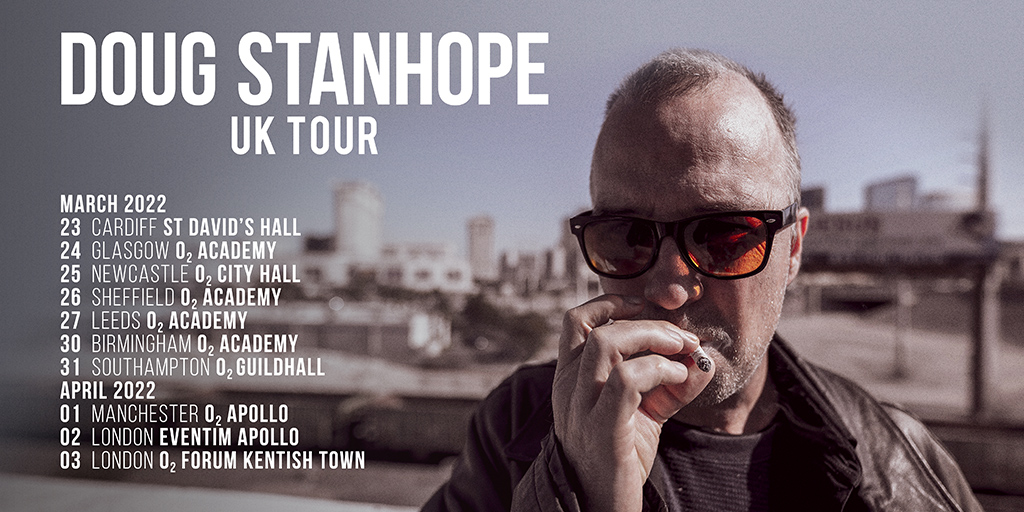