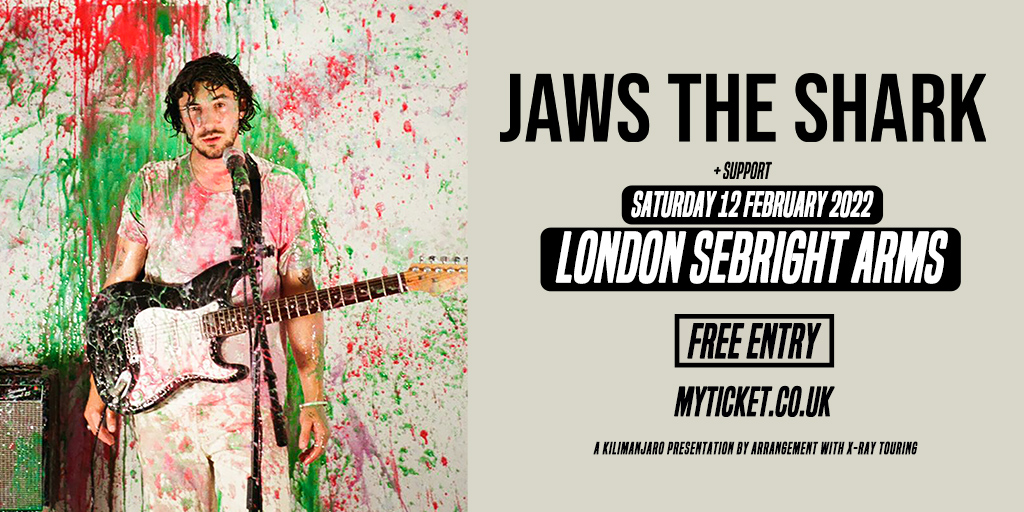 Jaws The Shark is the solo project of London based musician, Olly Bailey.

Formed in Spring 2020 after having escaped London and moved to the Devon Countryside, the idea of Jaws The Shark was one first conceived out of a mixture of frustration and boredom, during the UK’s first National lockdown.

Bailey’s songwriting is a perfect blend between the lo-fi, alternative Garage rock of Mid 2000’s, paired with an undeniable knack for finding vocal hooks that will lure you in and have you coming back for more time and time again.

With a debut EP on the way for early 2022, Bailey is sure to cement himself as one of the most exciting new and emerging acts of the coming year. With a number of high profile shows now under his belt, including appearances at prestigious showcase events such as Liverpool Sound City and Live at Leeds, alongside support shows with bands such as The Wytches and The Maine, now feels like the perfect time to get on board and try to catch a glimpse of the shark in his natural habitat.