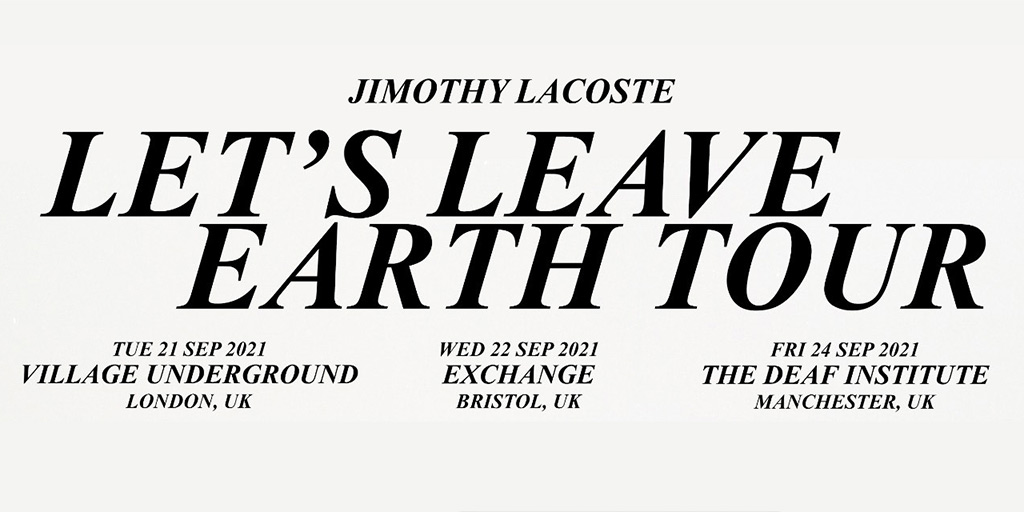 ‘Hates being lazy, hates being dumb, hangs with posh white kids and loves his darling mum.’ This introspective line from a year old freestyle is a quick summary of Timmy Gonzalez aka Jimothy Lacoste’s personality and left-of-centre outlook on his North London life. His music has tinges of Mike Skinner and draws accidental parallels to fellow north London dance-grime-electro collective Man Like Me, but his musical lineage seems more informed by an internal struggle with adolescent boredom and filling a void for the shy and insecure. In a world of constant bombardment of ‘new, hot’ 18-year-olds, Jimothy’s approach is more mature and considered, shying away from ‘living for the likes’. His lyrics and music have a more Tony Robbins feel while being framed in the backdrop of grime 2.0 and the new industry of UK road rap.