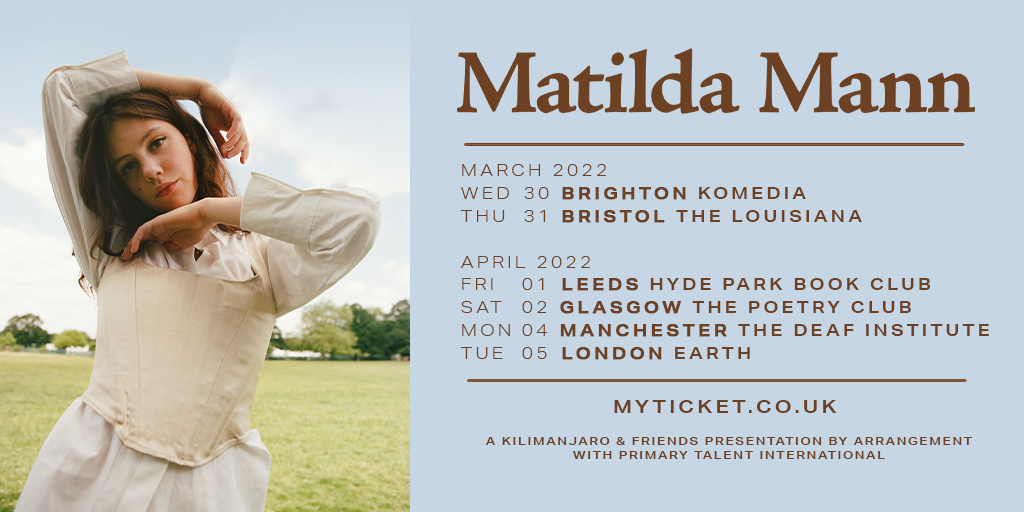 Becoming one of the UK’s most exciting new artists was never in Matilda Mann’s plans. Despite playing and writing music since she was a child, the London singer-songwriter always thought that she would be behind the scenes, writing songs for other people to take out into the world.

“I didn’t even consider being an artist as an option for me,” she explains. “I just didn’t really think that was something I could or should do.” She spent her last two years of school attending a performing arts institution, where she felt other students were more of a good fit for the stage than her. “Everyone who wanted to be an artist just had an aura to them where you could tell that they could [do it] and I never really thought I would have that.”

The 21-year-old’s goals for her future are simple and humble, but mirror the passion in her music. “I would just like to continue to be someone who gets to make music for a living,” she says. With an arsenal of enchanting, poetic songs already in her bag – and plenty more in her future – Matilda Mann should long reign as one of British music’s most special voices.