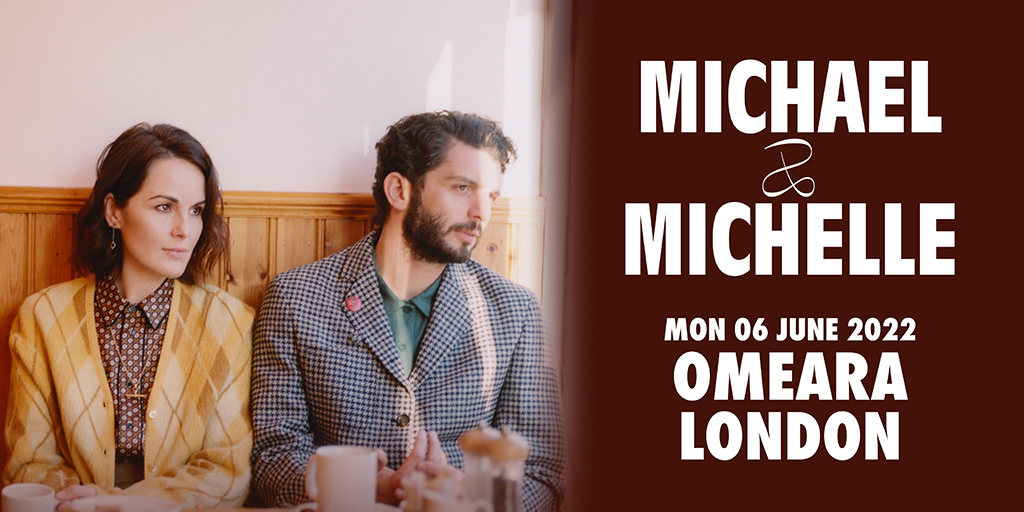 It took a single evening for Michael Fox and Michelle Dockery to bond over a shared passion. What started as a casual jam – in between shooting scenes and encouraged by a friend – quickly turned into something distinct. Something special.

Until then, Fox and Dockery had been preoccupied by various professional distractions – most notably the hugely popular TV show Downton Abbey, which brought them together (he played the footman Andrew Parker, she, Lady Mary Crawley). Both of them were looking for a new way of expressing themselves - and music runs in their blood. Growing up, Fox had always been in bands, cutting his teeth through a range of styles from indie to folktronica while writing his own songs. Dockery grew up in a noisy household on a diet of Joni Mitchell, Alison Krauss and Indigo Girls - she sang on various London stages before acting took the front seat.

After that first jam, they hustled a recording studio in Downtown LA and got to work. Of the initial writing process, Dockery explains, “There was something about that time after the series [Downton] had ended … About looking at something with fresh eyes and feeling nervous about what’s ahead. Then suddenly we were just writing music.”

The music Fox and Dockery have found together is both classic and utterly timeless: though more Nashville Americana than UK folk in melody and structure, their impressionistic songs are modern and immediate, free of pastiche, and are shot through with their own London realism. Their exquisite unison singing and dual guitars recall alt country partnerships such as Civil Wars and the brother-sister folk group Angus and Julia Stone.

Across the EP, the duo are joined by Chris Mass (Mumford and Sons) on percussion and Tommy Heap (Willy Mason) on piano and drums.

The busy pair will be juggling their music around their acting commitments and note the juxtaposition in the approach needed for the two creative facets: “It’s a whole different set of skills and vulnerability; Acting tends to start with what’s already written on the page. Music can begin anywhere. It’s different and very freeing.” Michael adds, “I will always love acting but there is something about us, some part of our characters that we haven’t fully realised - and that’s happening now.”