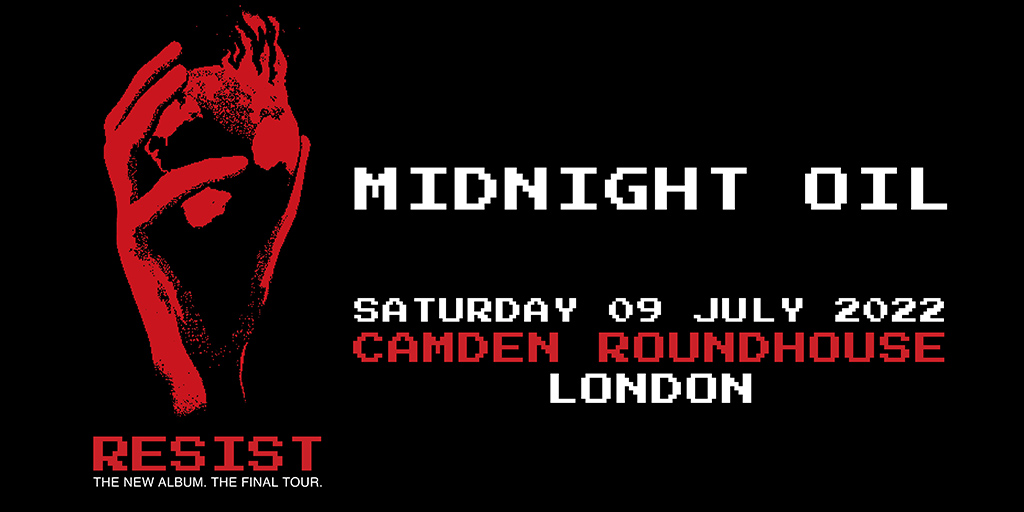 The band have also announces a handful of June shows in North America and July shows in Europe as part of Midnight Oil’s final tour.

RESIST is Midnight Oil’s 15th studio release since they first exploded out of the post-punk scene back in 1978, blazing a singular trail of blistering gigs from Australia’s pubs and clubs to arenas and festivals around the world. It is a fitting, forward looking, statement for a band whose clarion call has always been “it’s better to die on your feet than live on your knees”. Featuring stellar production by Warne Livesey (DIESEL & DUST, BLUE SKY MINING, CAPRICORNIA) RESIST will be accompanied by some special live performances that will comprise the group’s final concert tour.

The band also announced that this will be their final concert tour while making it clear that this does not mean the end of the Oils. Each of the members will continue their own projects over the years ahead. They remain very open to recording new music together in future and supporting causes in which they believe, but this will be their last tour. It will see them performing classic Midnight Oil songs from across their repertoire while also showcasing some urgent new works