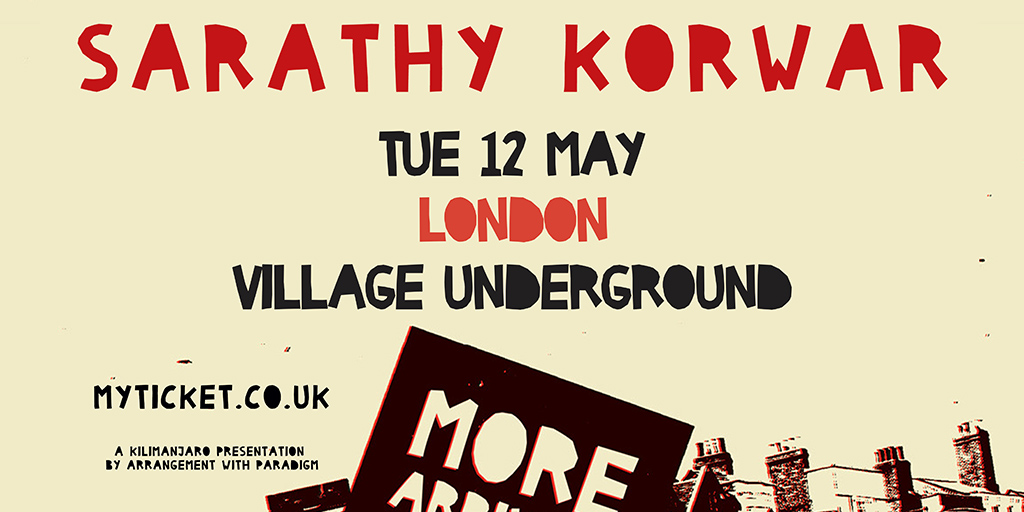 Born in the US, Sarathy Korwar grew up in Ahmedabad and Chennai in India. He began playing tabla aged 10, but was also drawn to the American music that he heard on the radio and leaking through the doorway of his local jazz music shop (Ahmad Jamal and John Coltrane were early discoveries).

Korwar has since established himself as one of the most original and compelling voices in the UK jazz scene, leading the UPAJ Collective - a loose band of South Asian jazz and Indian classical musicians brought together through a love of collaboration and improvisation who set up a residency at the Jazz Café in London.

Korwar released his second studio album, More Arriving, through The Leaf Label in July 2019. With this latest release, Korwar blasts out his own vibrant, pluralistic narrative for the world to hear. ‘More Arriving’ was voted MOJO Magazines Jazz Album of the year.