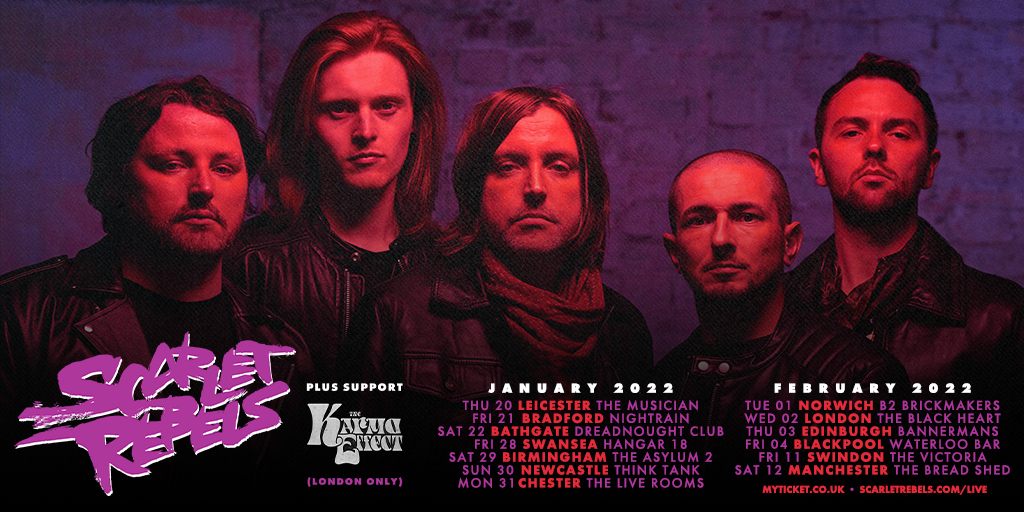 Scarlet Rebel’s sound is as broad as their ambition. The five-piece – completed by lead guitarist Chris Jones, second guitarist/keyboard player Josh Townshend, bassist Wayne ‘Pricey’ Esmonde and the frontman’s brother, drummer Gary Doyle – fuse the rocket-powered energy of classic hard rock bands such as Guns N’ Roses and Aerosmith with the vital modern edge of alt-rock giants like the Foo Fighters on songs such as I Can Sleep Now and Everything Changed. Elsewhere, Scarlet Rebels mine the same seam of timeless, vivid songwriting as Tom Petty and Bruce Springsteen.

“My thing has always been to write songs that go somewhere, that tell a story,” he says. “I don’t want us to be a band who just write songs for the sake of it.”