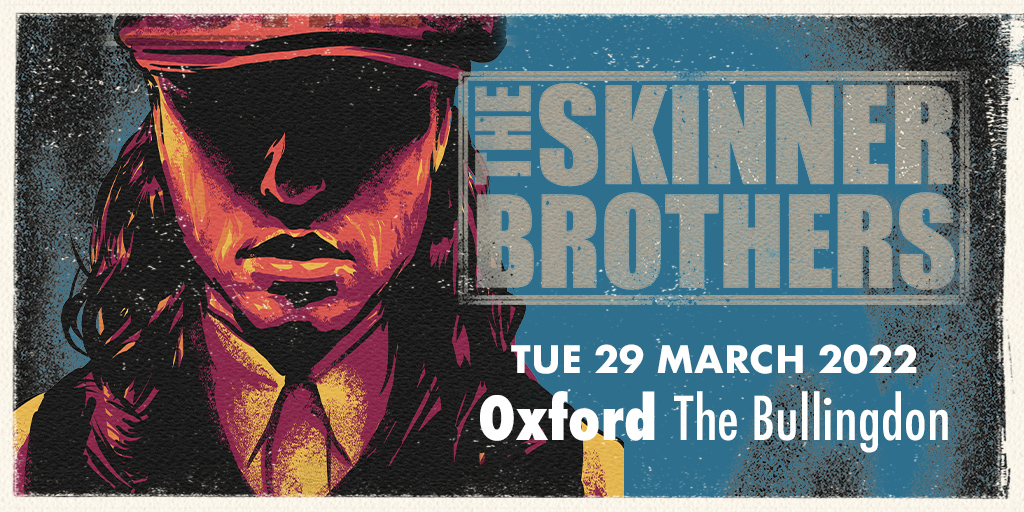 The Skinner Brothers have wasted no time taking their rambunctious rock ‘n’ roll on the road after the return of live shows. 17 sold-out gigs as special guests to Kasabian, two huge outdoor summer shows with The Streets and two sold-out headline gigs at London’s 100 Club!

Now The Skinner Brothers are set to take the frenetic intensity of their hands-in-the-air anthems on the road with the confirmation of a headline tour in March 2022. Not only is it the band’s most extensive tour to date, but it culminates with their biggest headline show so far at the O2 Academy Islington.

The band’s frontman, songwriter and producer Zac Skinner says, “It was incredible to be on tour with Kasabian, we've learned a lot and met new friends and grown our own world. Now it's our turn to take our tunes out around the country. We wanted to make sure that we got out to as many places as possible and keep this thing growing. Can't wait for the chaos!"

The Skinner Brothers have established burgeoning acclaim following their recent EP ‘Culture Non-Stop’. Their current single ‘Put Me Down As A Maybe’ reiterates their status as clear-cut contenders within an emerging new era of essential British guitar music. The band have fed their own personality in a track that puts a fresh angle on a larger-than-life hybrid of Kasabian’s psychedelic strut with bursts of ‘Love Spreads’-era John Squire guitar intensity.

“Sounds just like they’re more than ready to pack out stadiums.” - Gigwise

“A band who’ll be headlining venues like Brixton Academy sooner rather than later.” - This Feeling