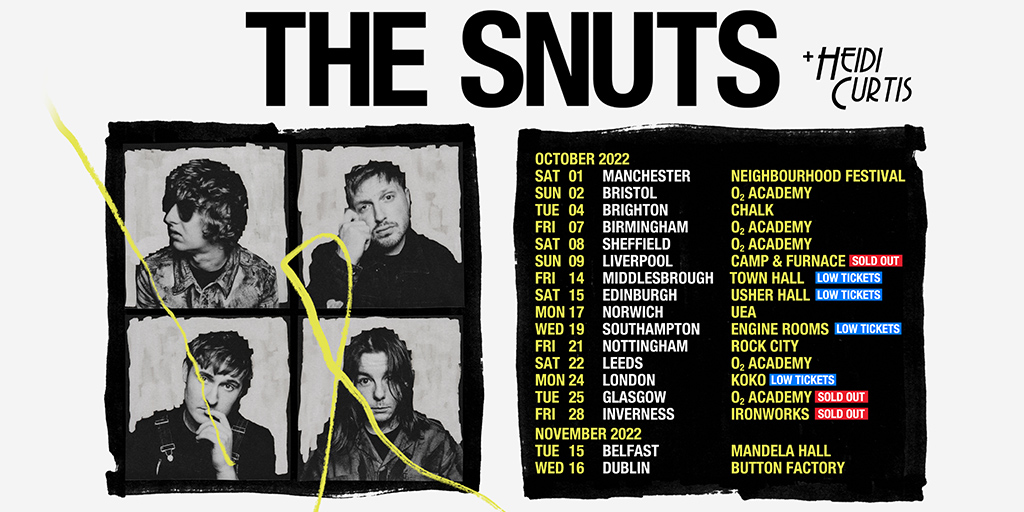 Hot off the back of a monumental main stage performance over the weekend at TRNSMT Festival, as well as an epic debut performance at Glastonbury last month, The Snuts mean business as they announce a big 14-date UK headline tour for October this year, including dates at London’s KOKO and Glasgow’s O2 Academy.

This comes as yet another in a series of exciting announcements which have included the video for their new single The Rodeo, the fourth taste from their highly-anticipated new album Burn The Empire, out October 7th on Parlophone Records. The album follows their acclaimed, number 1-selling debut album, W.L.

Infectious, euphoric, heartfelt and packed to the brim with hooks, Burn The Empire is the work of a band living in the moment, with an eye to the future. Armed with a chart-topping album and an arsenal of adoring fans up and down the country, these four lads from Whitburn, West Lothian, are well on their way to being one of the most vital bands of recent years.