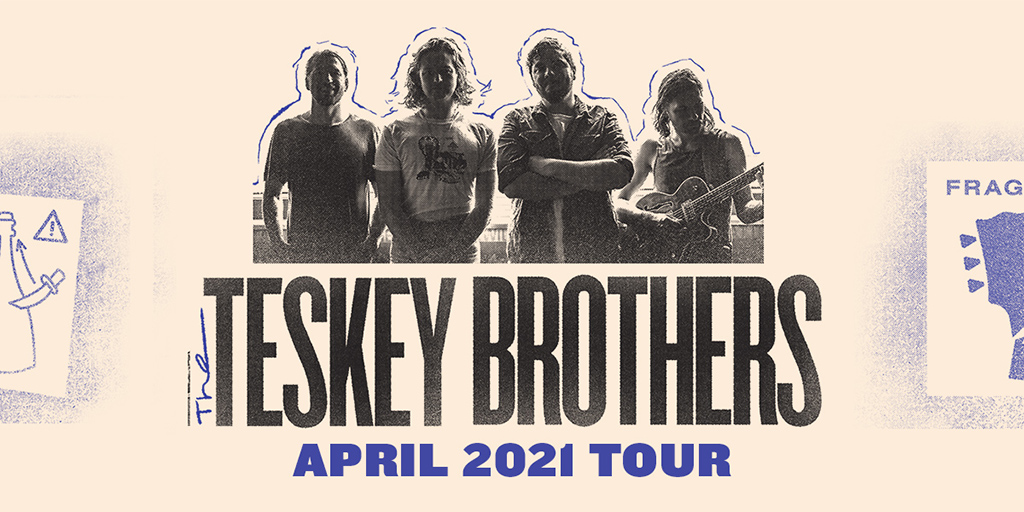 2020 Grammy nominees The Teskey Brothers have come a very long way in a very short time. The four friends from Melbourne Australia have seen a meteoric rise in popularity in the past 12 months, amassing a legion of fans all around the world with their timeless soulful recordings and stunning live shows.

The Teskey Brothers’ latest studio record Run Home Slow (Glassnote Records) has been a global hit with elements of soul, blues, southern rock, Americana, psychedelia, and gospel, and the striking single ‘So Caught Up’ which made top 5 on the US AAA radio chart and won the AAA category of the International Songwriting Competition. Run Home Slow was nominated for a Best Engineered album at the 2020 Grammys, won three ARIA awards, and scored the band their late night debut on The Jimmy Kimmel Show.