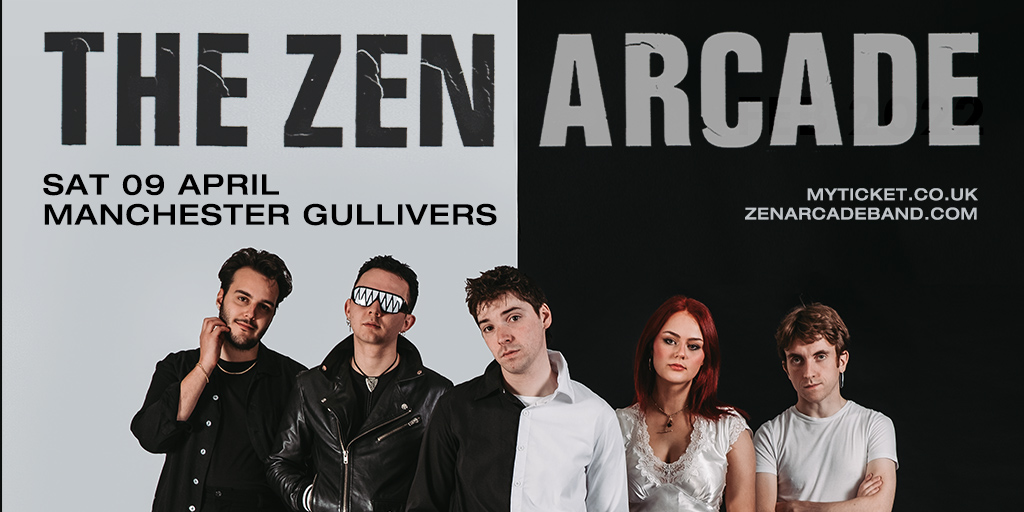 The Zen Arcade are a garage rock band from Ireland that play original and prawn cocktail flavoured songs. Comprised of three ex-members of The Strypes, the group is heavily influenced by the noisy simplicity of bands like Dinosaur Jr, Graham Coxon and The Hoodoo Gurus along with a vested and cardiganed interest in cow-punk and power-pop.

The debut single ‘Don’t Say A Word’ was the flagship release on their own label ‘Dental Records’ and held water all the way to the top of the iTunes Singles Chart on the day of release and entered the National Singles Chart at No.12 the following Friday. It went on to enjoy significant airplay on Irish and US radio.

Tired of the -luxury- of independence, The Zen Arcade decided the embrace the -pressure- of independence by starting their own zine, Cro Mag Non which graces shelves and printers on the first Tuesday of every month, and podcast, Higher Fidelity which sees a new episode released on the third Tuesday of every month offering the band with the bandwidth for more, the airwaves to do so.