Our website uses cookies to improve your experience. For more information see our Privacy Policy. I understand
Former members of the progressive rock band Yes, Jon Anderson, Trevor Rabin and Rick Wakeman are to be inducted into the Rock and Roll Hall of Fame in 2017 alongside current members Chris Squire and Alan White, and former members Bill Bruford and Tony Kaye.

Co-founder of Yes, Jon Anderson alongside Trevor Rabin and Rick Wakeman after a hiatus of 25 years, reformed the definitive YES line-up as – Anderson, Rabin and Wakeman (ARW) and embarked on their debut tour An Evening of Yes Music and More in the United States in October and are touring Europe in March 2017, including 10-dates in the UK.

Read more about ARW and Yes’ induction in this interview by Rolling Stone with ARW’s Trevor Rabin here.

Earlier this year, Jon Anderson received the ultimate prize at the Prog Magazine Awards, he accepted the Prog God Award from bandmates Rick Wakeman and Trevor Rabin. Don’t miss them on the UK leg of their tour next year: 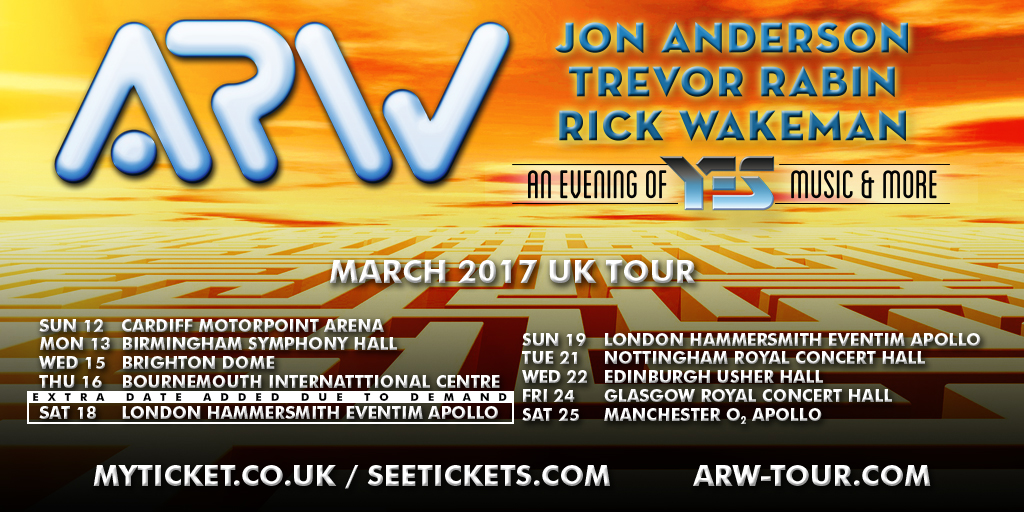