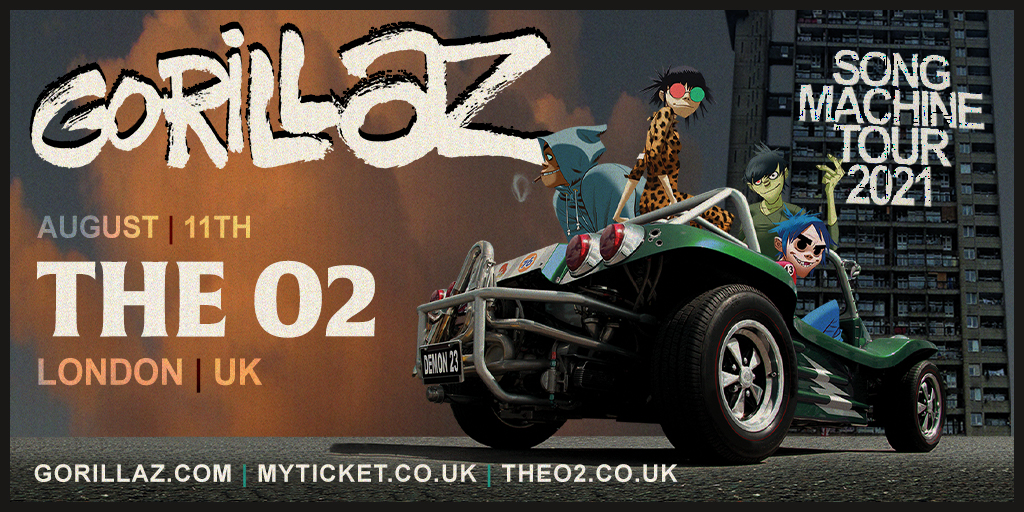 GORILLAZ, the biggest virtual band in the world, will play a HUGE homecoming show at The O2, London on 11th August 2021. The band have also announced a string of other live shows, including a global live streaming performance in December.