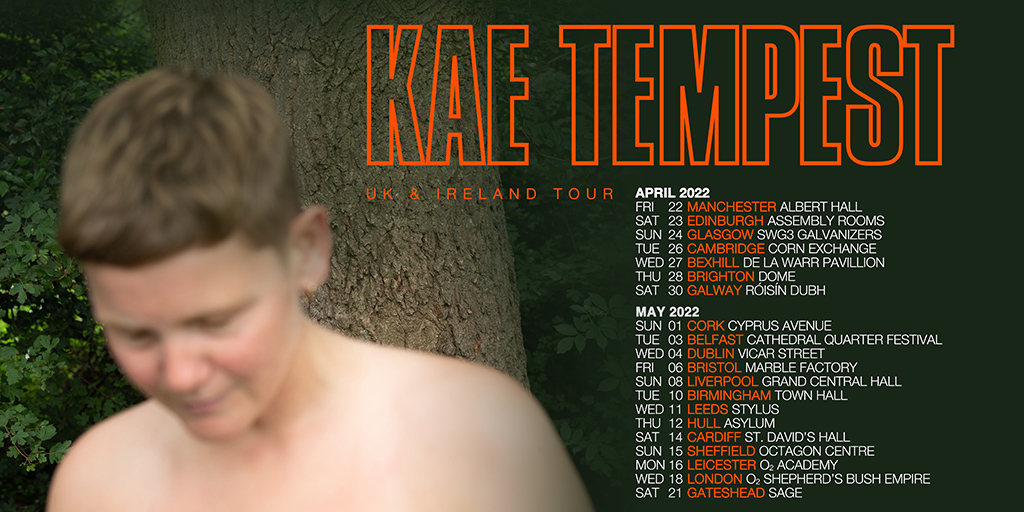 Writer and musician Kae Tempest has just announced their new album, The Line Is A Curve’, set for release on 8th April 2022 via Fiction Records and also revealed a new single entitled ‘More Pressure’ featuring Kevin Abstract from BROCKHAMPTON.

Now Kae announces that they will be hitting the road this Spring for an extensive UK and Ireland tour in support of the new album. The 20-date tour kicks off in Manchester on 22 April and sees Kae perform at cities including Glasgow, Belfast, Dublin, Birmingham, Cardiff, Sheffield and London before closing the tour in Gateshead on 21st May.

With four studio albums, a novel, their first work of non-fiction (‘On Connection’), three plays and five collections of poetry to their name, Kae Tempest has firmly established themselves as one of the most unique, thought-provoking and critically-acclaimed voices of their generation. With the release of ‘The Line Is A Curve’, in 2022, that reputation is only set to grow exponentially.